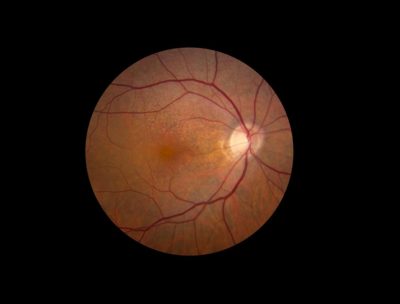 A new clinical study led by the National Eye Institute (NEI), part of the National Institutes of Health, will follow 500 people over five years to learn more about the natural history of early age-related macular degeneration (AMD). By using the latest technologies to visualize structures within the eye and measure their function, researchers hope to identify biomarkers of disease progression, well before it advances to late-stage disease and causes vision loss. AMD is the leading cause of vision impairment and blindness among people age 50 and older in the United States.

“The findings will contribute to our understanding of the underlying biology driving the transition from early to late-stage disease so that therapies can be developed to halt its progression,” said the study’s lead investigator, Emily Y. Chew, M.D., deputy clinical director at NEI and director of the NEI Division of Epidemiology and Clinical Applications. “Treatments that halt the disease at its early stage would have an enormous public health impact.”

People with early AMD typically do not have daylight vision loss. As it progresses, AMD causes cells to die in the retina, the light-sensitive tissue at the back of the eye. Much of the damage occurs in the macula, an area of the retina responsible for sharp, central vision.

Only about 10 to 20 percent of people with early AMD progress to late-stage disease within five years. It is difficult to predict who will progress because AMD is a complex, multifactorial disease influenced by a combination of age, family history, genetic and health behavioral factors. A diet rich in green leafy vegetables and fish, for example, may reduce the risk, while smoking cigarettes increases it.

“We want to better leverage advances in genetics, imaging and visual functioning tests so we can look at early stage disease with more granularity. There may be surrogate markers of an individual’s risk of developing late-stage disease long before the disease progresses,” Dr. Chew said.

The Retina Foundation of the Southwest was selected to participate in this clinical study funded by NEI, with study sites located throughout the United States, the United Kingdom, Australia, Germany and Italy.

For more information or to enroll in ARIS, visit clinicaltrials.gov and search for NCT03092492.