(Dallas, TX – October 2015) Amanda knew there was something wrong when at the age of 18 months, Madelyn wasn’t walking yet. “She would step and just stand there. She didn’t know where she was going,” said Amanda. Her thoughts were confirmed when she and her husband took their daughter to the eye doctor who diagnosed her with a vision problem.

They gave her glasses and she did begin to walk soon after that, but then Amanda began to notice Madelyn’s eyes drifting. Ultimately, Madelyn would endure three surgeries to correct the strabismus (“crossed eyes”) and patching therapy to correct the amblyopia (“lazy eye”). However, there is one thing that treatment is unable to improve, and that is the way Madelyn reads—a pattern that allows her to understand the words that she is reading, but it is a pattern that causes her to read more slowly.

Amanda brought Madelyn to the Retina Foundation of the Southwest at the recommendation of her pediatric ophthalmologist and the research and vision testing has made a significant impact in helping Madelyn gain accommodations for her reading. The Crystal Charity Ball Pediatric Vision Evaluation Center began a reading and motor skills research study one year ago for children with amblyopia, and the reports given to the parents have been used to help the children qualify for resources to succeed academically.

“The reading test at the Retina Foundation helped me understand how Madelyn reads and how her eyes function. It takes her a long time to focus on one word. It’s not scanning like we do. When they explained it to me and watching how she reads, it makes a lot more sense as to why reading is so difficult for her,” said Amanda.

Amanda was able to take the results of Madelyn’s reading test directly to her school counselor who was able to secure a magnifying prism for Madelyn to use during reading assignments and tests. Her teachers give Madelyn several days to take tests and they also limit her testing to an hour at a time because her eyes get very tired from the constant focusing on each individual word. These accommodations, which gives Madelyn more time to take her tests beyond one testing session has helped her succeed in school. 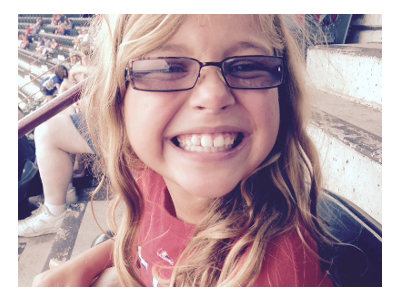 Eight New Volunteers Join Board of Directors National Eye Institute Awards $954,770 for a 5-Year Study on Lazy Eye Gene Therapy Trial at the Retina Foundation of the Southwest featured in The Dallas Morning News iPad Games Could Be the Future Lazy Eye Treatment Who Are The Brothers In Toyota’s Super Bowl 2022 Commercial?