(Dallas, Texas – August 25, 2015)  The Retina Foundation of the Southwest announced today that it will be the initial site in the nation to conduct a Phase I/II clinical trial to evaluate the efficacy of a new, first-in-class gene therapy application of optogenetics for the treatment of retinitis pigmentosa. The Foundation is partnering with RetroSense Therapeutics, LLC who received clearance from the FDA to conduct their first human treatment trial of their gene therapy, RST-001.

Retinitis pigmentosa is an inherited eye disorder that affects an estimated 100,000 people nationwide. The eye condition results in a slow deterioration of the cone and rod photoreceptor cells of the retina, causing a gradual decline in vision and can result in blindness.

Optogenetics broadly refers to a method of transferring light sensitivity to cells that were not previously light sensitive. Unlike other gene therapy trials that involve replacement of a defective gene, this trial will send RST-001 to an area of the retinal ganglion cell layer to give it light sensitivity, with the potential of restoring some degree of vision for the patient.

“It’s a gene therapy in that you are placing the gene into the eye and making the ganglion cells light sensitive,” said Dr. David Birch, Director of the Rose-Silverthorne Retinal Degenerations Laboratory and one of the Principal Investigators for the study along with Dr. Yi-Zhong Wang, Director of the Macular Function Laboratory at the Retina Foundation of the Southwest.

“We are working together with RetroSense to develop this new, novel approach to treating retinitis pigmentosa,” said Dr. Wang. “The Retina Foundation will be the only site conducting the study that we hope to begin later on in the year.”

The study will not be exclusive to any specific type of RP. However, initially the study will enroll patients who have advanced RP and very limited light perception.

“Many patients with retinitis pigmentosa are facing a life of potential blindness. Now, there are several directions where we may be successful in providing some vision for these individuals,” said Dr. Birch.

Click here for more information on the gene therapy treatment by RetroSense.

To continue following this story on gene therapy for RP at the Retina Foundation, sign up for our Recently@Retina E-newsletter. 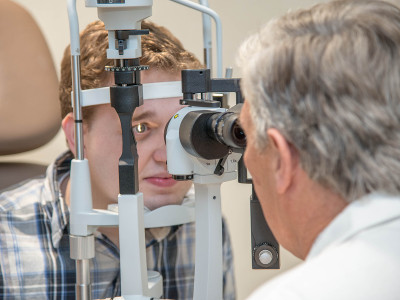